The opening game for the Los Angeles Football Club (LAFC) included paratroopers landing on the field, a falcon circling above the crowd, and “the best Wi-Fi experience of any stadium in the U.S.,” says Christian Lau, VP of Information Technology for the LAFC.

In the U.S., the majority of soccer games are played in multi-purpose stadiums. There are only a small number of soccer-specific stadiums. (That means, in part, that the playing fields are specifically designed to the recommendations of the Fédération Internationale de Football Association.) The Banc of California Stadium, home of Major League Soccer’s LAFC, is one of the newest soccer-specific stadiums. It opened its gates in 2018. 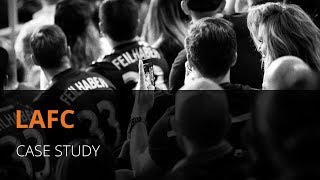